Tasks and responsibilities in an organization are usually described in the form of roles. A person can have different roles on different occasions and a role can be held by several different people. The role is described in a certain context with activities, responsibilities and authorities. The role can then be staffed by one or several employees. TRIM describes a number of common roles within an IT organization. These roles are then linked to one or a number of functions which are responsible for fulfilling the purpose of the respective phase.

Instead of having unique roles for each process, the roles in TRIM are based on those which are normally present in an IT organization. The idea is that there should be a clear specification of how many roles are needed as a total and which responsibilities they have in the different processes and functions.

To ensure that the model described can be used by both large and small IT organizations, the book provides suggestions for roles and responsibilities for three different sizes of an IT organization.

The total responsibility is constant regardless of size, as all parts are also needed for smaller organizations, however, the workload for each part will be smaller, which means that the IT organization can distribute the responsibility over a smaller number of roles. With smaller organizations, there will also be a smaller number of people involved, and the flow of issues will decrease in each process. This means that there is often no need to manage the flow as a process and it can then be documented as a procedure instead.

The following tables show examples of three different levels of IT organization. The smaller the organization, the fewer roles are needed and the greater number of activities can be managed as procedures instead of full-scale processes. 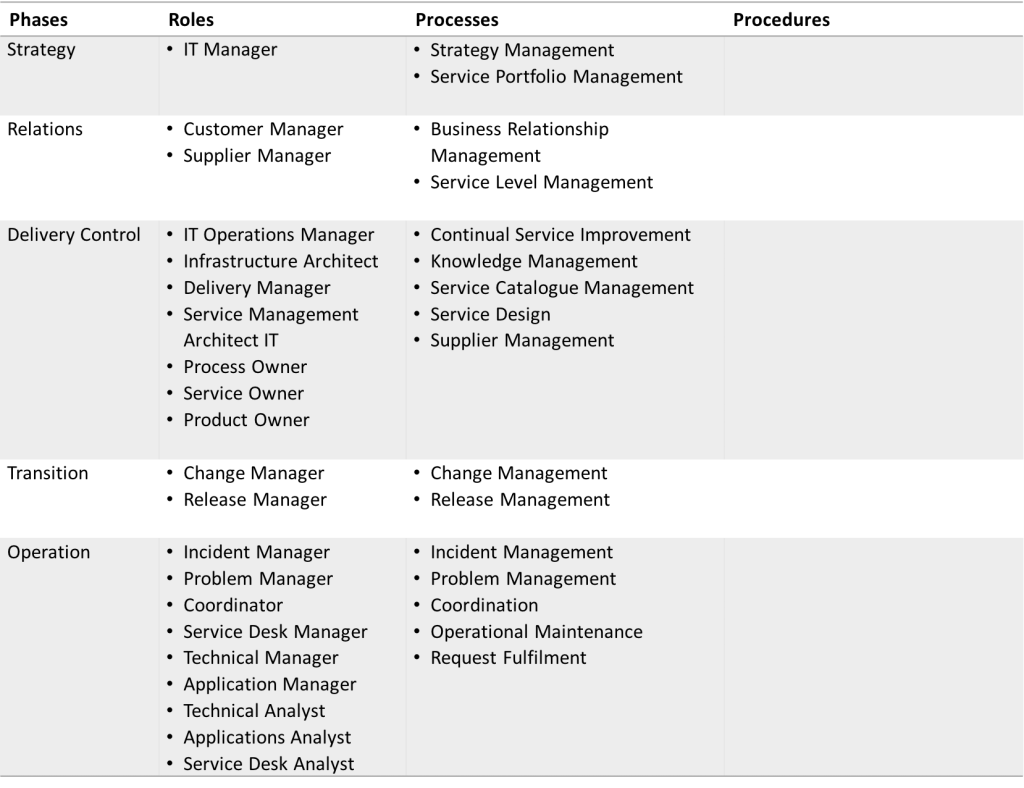 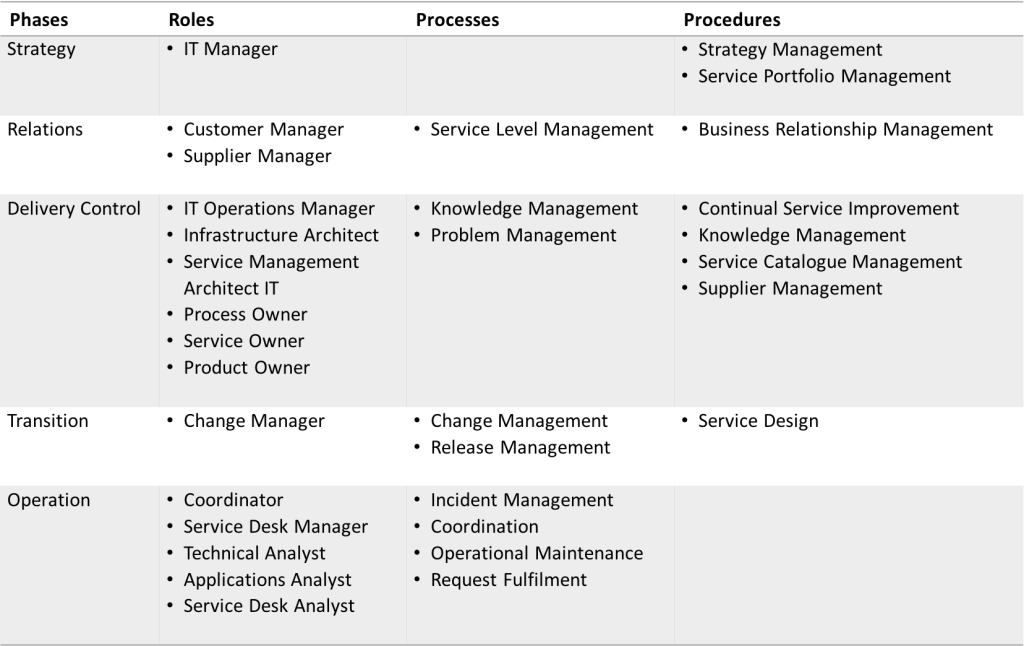 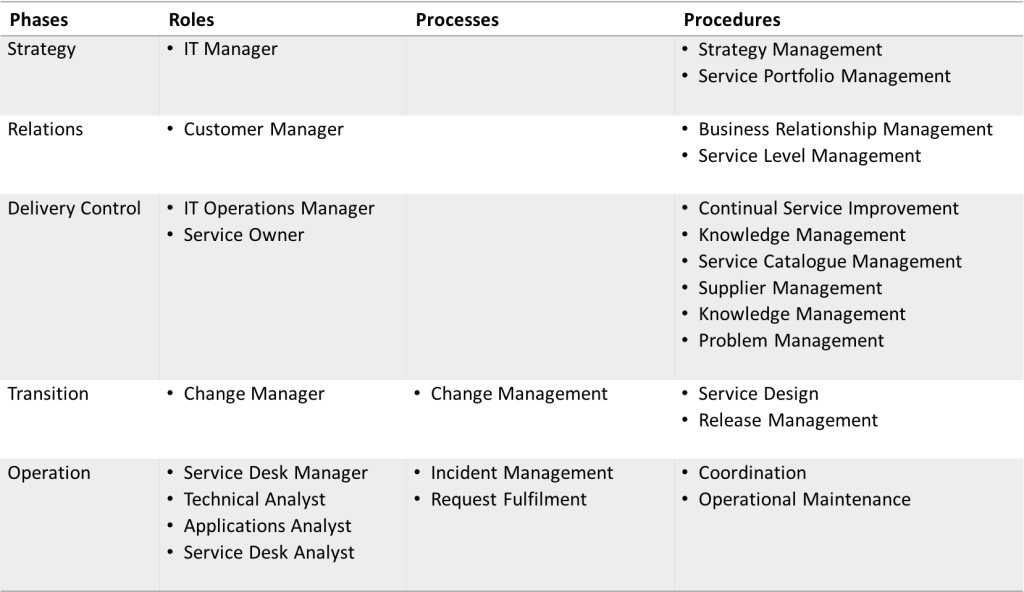